It’s funny how it seems we are always trying to mimic nature in one form or another. Nature builds, we build. Nature destroys, we destroy. Nature creates life, we create life. Nature makes mutation, testing new combinations and possibilities. We do the same.

There’re scientists who believe that in the future it will be possible for mankind to achieve immortality uploading the consciousness to a super computer, where it can stored for download to an artificial construct. That construct could be a bioengineering hybrid which blends both the human body and technology.

Two years ago IBM and DARPA were working on a “neurosynaptic chip” that was based on the neuron and synapses of the brain. This has spawned cognitive computer applications that are driven by sensory input, which is in large part how our brains learn. The limit in mimicking the biological brains has been in creating the chip architecture that uses very little power and is still functional. Carbon Graphene may be the solution, but that’s a different discussion. My point is if we’re reading about these technical advancements, it means the technology is much further along. The future may be closer than you realize.

If upon my death, my consciousness could be uploaded and transferred to an artificial construct, would it be me or just a copy?

With every synaptic connection restored, every neuron put back into place, and every memory reconstructed, it wouldn’t be me, but my copy nor those who knew me, would know the difference. Only I might be aware that the other me, is not me. We all experience reality from our own perspective. It is impossible to experience reality any other way. The moment I die, I cease to experience this reality, hopefully I’ll be experiencing a different reality.

Clearly, science feels that the structure of the brain is what makes us who we are, that are we nothing more than very smart machines, which have fooled themselves into believing there is something more that inhabits these physical bodies, like a soul or a spirit.

Studies of twins have shown, while the brain structures and up-bringlng can be the same, the twins themselves are uniquely different. I came across an interesting study of cloned cows. A dairy farmer, had a cow cloned, creating a herd of cloned cattle. The dairy farmer’s expectation was that he would have a herd of cattle with the same temperament and milk production. This

turned out to not be the case. The researchers reported that while the cows all looked the same, they each appeared to have unique personalities. Milk production similar, but not the same. Happy cows, produce more milk.

Why the variance? In the twin humans, the popular answer has been that variance is due to the effect nurture vs nature. On the surface this is an acceptable answer and it seemed to be plausible. The bovine clones seem to have voided that solution. The cloned cows received the same handling and treatment.

We don’t really know what accounts for this difference. 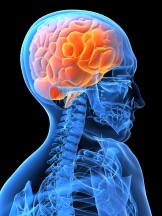 I once heard, “We are not these bodies, but beings living in bodies.” In spite of the absence of scientific evidence, there is something about it that rings true.

Perhaps we are coming full circle. Our technology is trying to replicate a consciousness backup system that already exists. The Universe is vast and in many ways has been recording and backing up events since the beginning of time. What better way for a super computer to gather information, than to have trillions of living sensors collecting data and uploading it to a massive data base. To what end this is done, I don’t know. If I only had Administrative Access, I could tell you.

But you’re likely better off not knowing, it would ruin the journey.

7 thoughts on “Backup Your Consciousness”